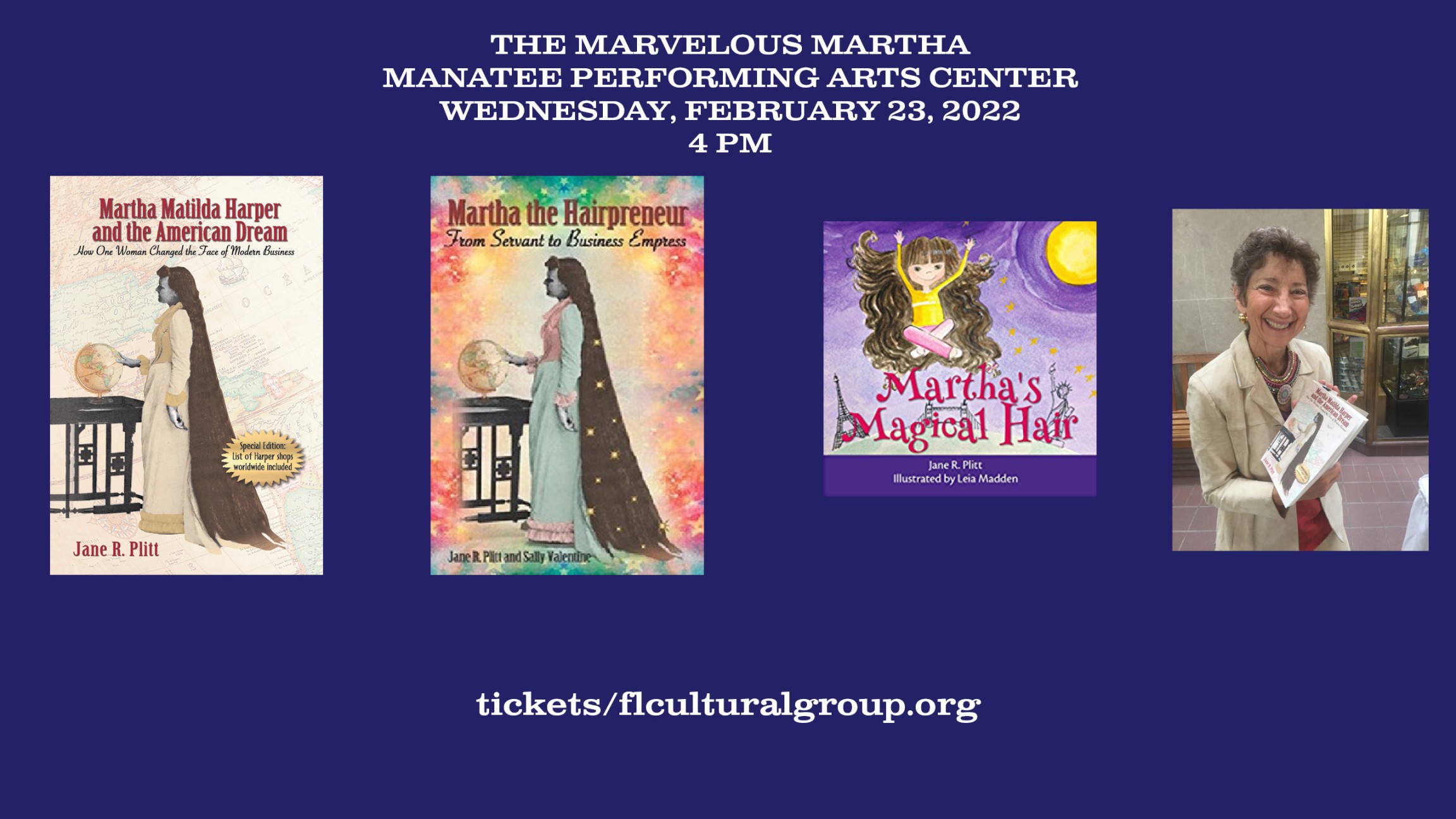 The Marvelous Martha by Jane Plitt

× The Marvelous Martha by Jane Plitt


As we celebrate the 100th anniversary of women’s suffrage, we pause to rediscover the achievements of women.

Discover the forgotten story of Martha Matilda Harper, the immigrant servant who innovatively launched in 1891 modern retail franchising so that hundreds of poor women could change their lives. Find out why world royalty, U. S. Presidents and their wives, Bertha Palmer, Harp rites, Susan B. Anthony and the suffragists all adored Harper and her inventiveness.

Enjoy this premiere production from 4-6 PM on February 23, 2022. See you at Stone Hall at the Manatee Performing Arts Center. Bring your friends and students. What a gift for the holidays to celebrate this woman of achievement in a year when we celebrate the 100th anniversary of women's suffrage.